Observations On Teaching And Education 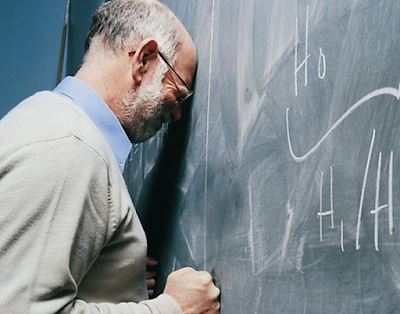 Education is in the news a lot these days, with quite a few people talking about systemic problems a la NAPLAN and so forth. As a tutor who is across something like one hundred and twenty students, I thought I'd put in my two cents about what I've been seeing in the world of secondary education.

It's always been axiomatic that school teachers are ludicrously busy. Apart from contact hours, there's the huge and ever-increasing burden of reporting and process, statutory requirements, extra-curricular duties, and professional development. As such, I've always known that my particular profession exists primarily to take up some of the slack which is created by the sheer impossibility of providing intensive one on one remedial or extension tuition for harassed, over-worked, and over-committed classroom teachers. It's telling also that a fair proportion of the tutors I manage are classroom teachers themselves, who freely acknowledge that the service we provide plugs specialist gaps which just can't reasonably be expected to be filled by the broader school system. I also tend to go in to bat for teachers when students complain that they've received no feedback on their seventh submission of a practice essay or whatever, explaining that these people are really really really busy. But lately I've found myself more and more called upon to defend or rationalise the indefensible.

The students who rolled up with printouts of the presentations their teachers have been delivering, still watermarked with the logos of Sparknotes or Gradesaver. Students set to study the difficult and abstruse poet T S Eliot who, for four of the six weeks allocated for the unit, were basically left to their own devices to Google the poet and poems, and then spent the remaining two weeks having their own (understandably terrible) research read back to them. The student who was advised not to choose The Iliad as a related text because it was 'too famous'. The class who spent an all day session on creative writing being actively encouraged to write stories on subjects that are specifically outlined in the syllabus as subjects to avoid. The class whose faculty has been setting them gruelling, multi-phase, multi-modal assessments which have eaten up most of the term's class time because their faculty apparently didn't understand the word 'or' in the syllabus. The same class whose teachers instituted a three week shut down in the middle of term as they suddenly realised they didn't understand the syllabus they'd had a year to adopt. The teacher who swore blind that the film Metropolis - a film which consists mainly of mass production machines killing and enslaving workers - had nothing at all to do with a critique of capitalism or class power.

And then there was the student who came to me with a voluminous notebook filled entirely with interpretations of Frost poems which ranged from the invalid to the insane. The same student who, when studying Strange Meeting, a poem self-consciously referential of Percy Bysse Shelley's Revolt of Islam, was given an interpretation which mentioned nothing about this. And when she asked her teacher if she should do some independent research on Shelley was told that the teacher "had never heard of that woman". Needless to say, Percy was a man. And then there was the teacher who marked one of my students down for pointing out that a poem which included a scythe, multiple images of 'reaping', and 'sleep' might just be talking about death, and the one who insisted that a poem with a rigid six syllables per line was in iambic tetrameter, which would require eight. And when asked what tetrameter actually was consistently, according to my student, 'ducked the question'. This is not to mention the multiple reports I get of whole classes spending weeks watching Netflix programs like The Crown for no discernable reason, teachers repeatedly informing classes of outright fallacies like, 'The HSC exam will never prescribe a Yeats poem to talk about', despite the fact that last year's HSC did, and one shining, gobsmacking example of a whole class who had been taught that Buddhism and Yoga were forms of devil worship.

Given all of this, I think it's time for some hard truths. The current system of teacher education does not reliably produce competent teachers, at least when it comes to the humanities. And then there's the input of the electorate. Every time we get outraged about inadequate education outcomes, the guaranteed institutional response is to add another layer of reporting and process, without necessarily allocating more funding. All this put together makes teaching an extremely unattractive profession. Sure, a small minority will be attracted to the profession as a vocation, but the reality is that most people work to pay the rent, and if working conditions are sufficiently crap, then so will be the pool of talent.

We need to get serious about education, and the only way to do this is to make teaching an attractive profession. It's really just a simple matter of paying more and raising standards accordingly. We can only lift the quality of teaching if entry into teaching is competitive, and it simply won't be if it continues to be an ever crappier job with ever crappier pay and conditions populated by the inevitable concomitant of ever crappier members of the profession. Paying salaries commensurate with the importance and demands of the job, requiring teachers of subjects - all subjects - to actually know their subjects at least as well as they know how to format lesson plans or fill in mandatory metrics reporting, and lifting the onerous and, let's face it, utterly worthless burden of process and reporting which was only ever instituted to appease the electorate without actually making any attempt to fix the system, are all essential steps in any effort to 'fix' education.

And it's not just systemic stuff either. It also comes down (arguably mostly) to our own attitude to what education is for, and our own practices in terms of demanding things from it. When government listens to the electorate in terms of what we want from education, what they generally get is inchoate gibberish. A thick layer of partisan outrage over-topping a bewildering plethora of demands for the education system to act as high end creche, ideological and spiritual coach, vocational employment trainer, high academic institution, life skills tutor, and general utopian fairyland in which no child is ever hurt, stressed, underwhelmed, overwhelmed, bored, or challenged. If we want meaningful change in education, we ourselves need to do some serious thinking about education on a systemic and social level, instead of just inundating government with shrill knee jerk personal responses along the lines of  'won't somebody think of the (my) children'. Because while education is very much about children, that's not all it's about by a very long shot. The product of our education system as a whole has a direct and significant impact on the economy, future social happiness, our viability as a nation. And it's not just economic - education is pivotal to the production of individuals capable of ensuring our future defence. In fact, our whole future viability as a nation. So why does everyone balk at the idea of spending on future defence the way we spend on, oh, let's say, defence?

It's possibly to do with the fact that we think about education stupidly, because for most of us, our education was the product of people thinking stupidly about education. It might perhaps be time to break that cycle.
Posted by Chris at 23:34 No comments: 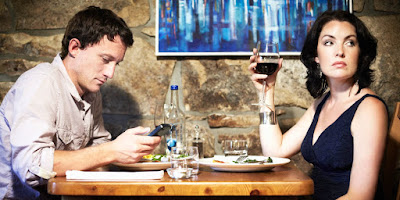 I went to a raspberry farm once. It was in Tasmania, and was billed as the thing to go and see. In fact, it was represented to me as a thing to do, which would put it in the same category as writing a novel, having a jousting tournament with shopping trolleys, or walking long distances in the bush. A thing to 'do'.

When I got there, I found it surprising in several ways. First of all was the revelation that a raspberry farm looks like a vineyard, or a tea plantation, or like any other vaguely green space full of commercial agriculture. I am an urban creature, and that's really all I got from looking out at the neat green rows of what I presumed to be raspberry bushes.

The next surprise was the sheer number of things people are willing to put raspberries in. We went to a very nicely outfitted cafe/restaurant/gift shop type thing, where a six page menu contained an astonishing variety of dishes containing raspberries. There were pancakes and whatnot, as you'd expect, but also incongruous combinations, like a bacon and egg breakfast with, for no discernable reason, a raspberry compote. And even more intriguingly, a short list of items having nothing to do with raspberries, proof positive, I think, that the people running the place were well aware that they would be faced with people unwilling to tolerate their berry based whimsy.

But the most surprising thing of all, from my point of view, was the idea that going to a raspberry farm in order to eat a weirdly berried meal and look at some bushes constituted 'something to do'. I remember the person I was with stating that it was 'a bit of fun', and looking back, I think she did have quite a lot of fun watching me go from bewildered to nonplussed to irate. I can't help but wonder if that was her plan all along.

I wouldn't say it was a wasted experience, though. I did enjoy my breakfast, and I learnt several interesting facts about raspberries, though I think I may have forgotten most of them. But I also learned an invaluable lesson about people. Such activities have always been a complete mystery to me. I've always been vaguely aware that there are people for whom life consists solely of eating painstakingly made things in odd or new locations, but I always assumed that there must be some secret thrill to the whole thing. That in the same way I don't really understand people who are addicted to mindless MMOs or Valium or whatever, that there must be some intense pleasure or satisfaction to be gained from this mode of life. The biggest surprise of the day was that there isn't.

These people are just marking time, and doing it (usually in grim silence) in the company of their loved ones. And this makes me wonder about what we all do in our sophisticated urban environments. All those brunches and craft beers, our manufactured enthusiasms for manufactured trends and products - surely this is just a delusional version of going to the raspberry farm. It's all just as poorly qualified to be thought of as 'something to do', but because it's new and bright and colourful, and because we do it loudly and quickly, we deceive ourselves into thinking otherwise.
Posted by Chris at 13:13 No comments:

Silence and the Cult of the Sword 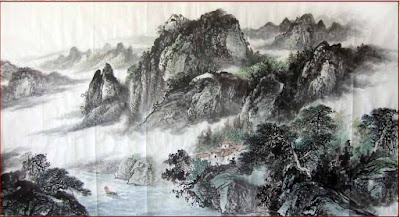